Help me Decorate My Hallway 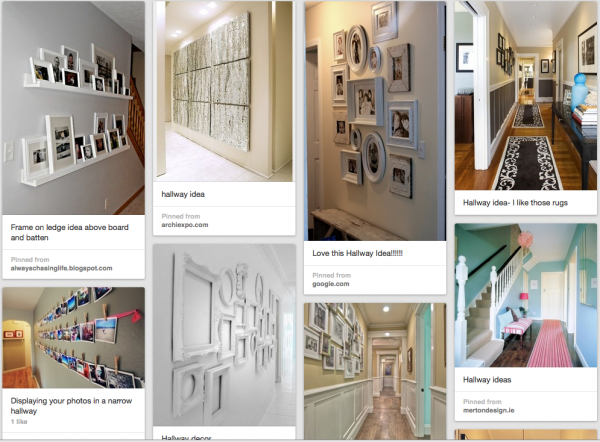 Pins above are from my Pinterest Board, Hallway Ideas.

I’ve started painting again. This time, the hallway. I was going to tackle my office next, but the hallway was really bothering me. Especially since several people had recently been in our home and commented on the “angry red” hallway. Not that there’s anything wrong with a red hallway, I think it could have been done well with another shade of red, but our hallway was a bright, deep magenta and very yellow beige. It just wasn’t our taste, or any of the tastes of anyone who’s set foot in our house. 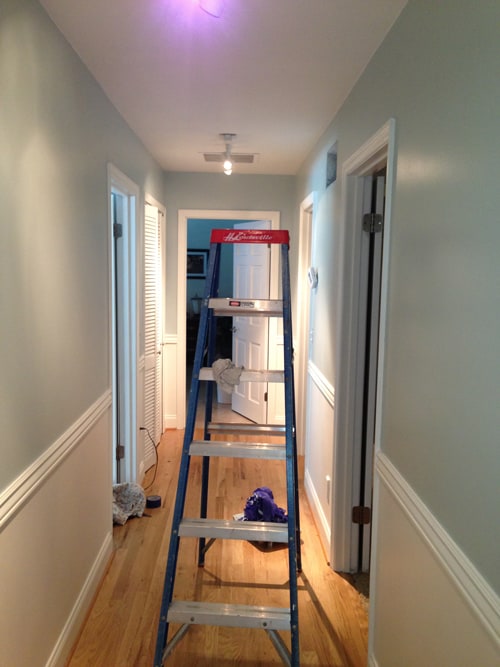 This is a photo I took right after we moved in, excuse the laundry basket at the end of the hallway. And see those squares to the left on the upper wall? I’m still not quite sure what those were for, they were a bear to sand off though. Maybe painted frames for pictures?

And here’s what I did this weekend. I painted out all the trim, bottom half of the wall and doors my new favorite white – Sherwin William’s Alabaster. The walls are Benjamin Moore Palladian Blue, which is a lighter blue green. 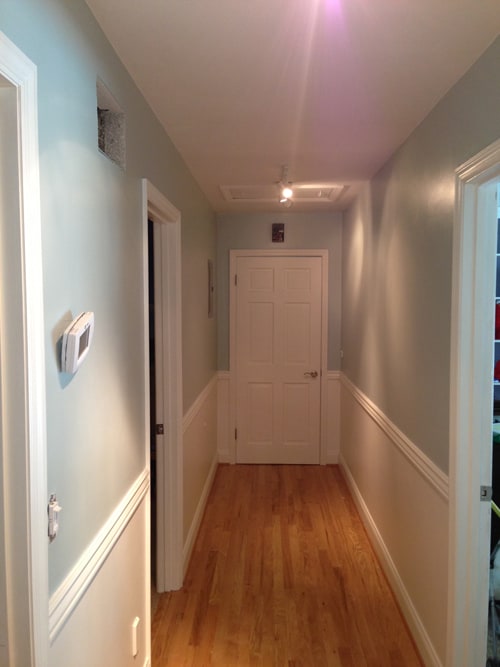 Now I really want my hall to be special, and I know I can’t do much because it’s such a narrow hallway. My mother and mother-in law both had gallery type hallways for family pictures. 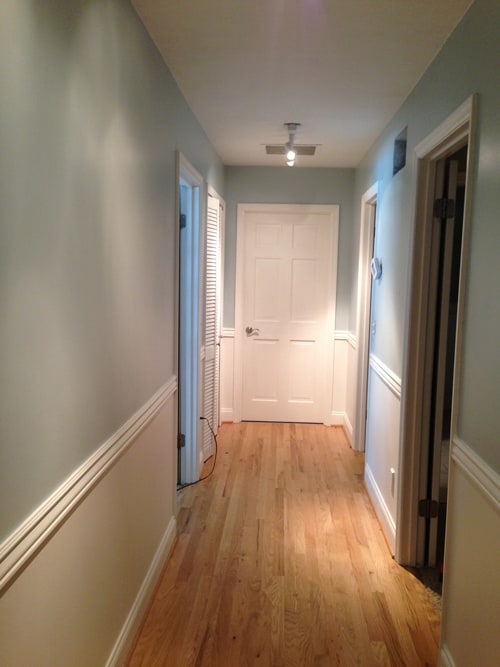 Here’s some ideas that I’ve found on Pinterest. Most of the things I found have to do with some sort of gallery, so I’m thinking now maybe beach family photos? Or a frame collection? Maybe a hall of different mirrors? And should I add a rug? What color? Do you think there’s room for a small table  on the wall with the small wall to the right? And should I change the light fixture?

I really like those white lights below, but our ceiling is definitely too low. And I also love the long shelf on the wall, it’s so organized.

9 Responses to “Help me Decorate My Hallway”