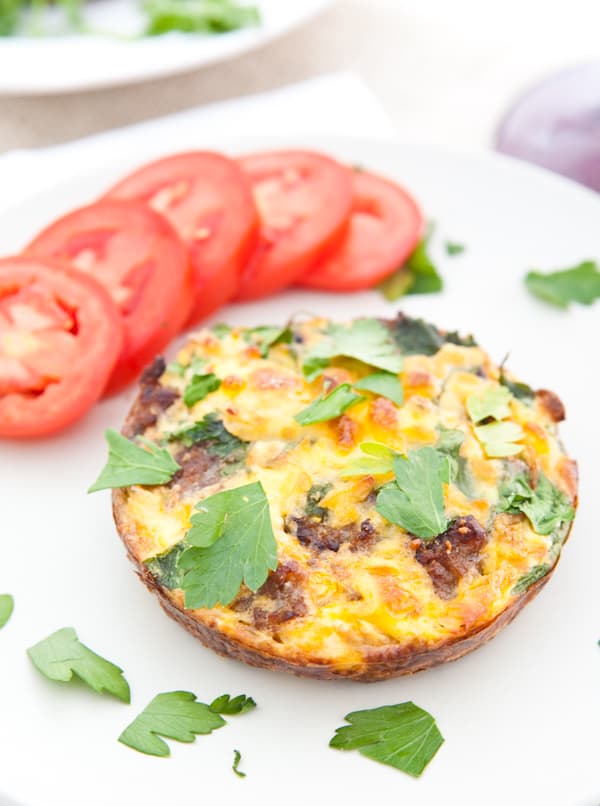 I also like to host the occasional Sunday brunch. It’s a great way to catchup with friends, and usually people don’t have other commitments. So for my Sunday brunch get together this morning, I made these cute little sausage and egg bakes with fresh herbs and cheese.

I made my mini egg bakes in a mini pie pan, but you could also use a mini tartlets pan or a muffin tin. For the crust, I used Ore-Ida hash browns. To make the hash brown crust extra crispy, I pre-baked it first until it was light golden brown. Then I added browned Johnsonville sausage, eggs, fresh herbs and shredded cheese. Then I just baked them until they were set.

To serve, I sliced some fresh tomatoes to go alongside them. I also made a large pot of cheese grits and had English muffins along with a platter of fresh fruit. It was a beautiful way to start the day. 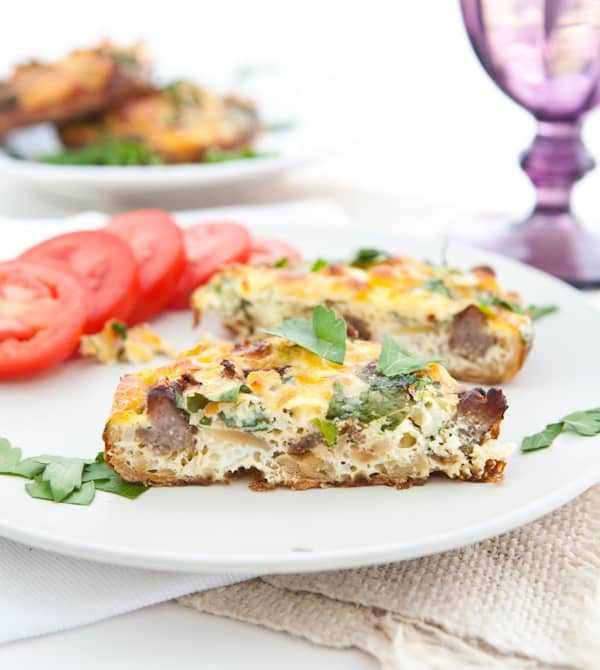 Heat oven to 400 degrees. Divide hash browns evenly between in a 6 mini pie pan that has been sprayed with nonstick spray. Bake for 10-15 minutes or until lightly golden brown.

Brown sausage and break up in a skillet. After hashbrowns are done, divide ground sausage crumbles between pies on top of hash browns. Whisk eggs ans divide the eggs evenly between the pies. Add fresh herbs and shredded cheese to each mini pie.

Bake for 8-10 minutes, or until cheese has lightly browned and eggs have set.

Be sure to share on Instagram with the hashtag #EclecticRecipes and tag me, @EclecticRecipes!
Posted by Angela McGowan   on   November 18, 2012