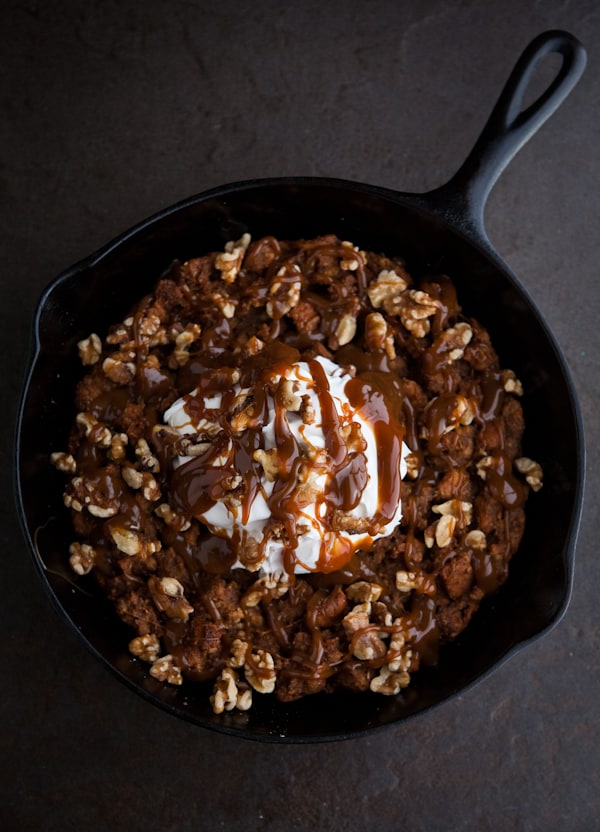 My son only has one day left of school. I can’t believe how fast the year has flown by. Today he’ll be attending Kindergarten graduation with the older kids (he’s only Pre-K this year). He’s so excited. He picked out his clothes today at Target – his first tie and dressy shirt with slacks. I hope he’ll keep it on for longer than 5 minutes so I can get a picture. 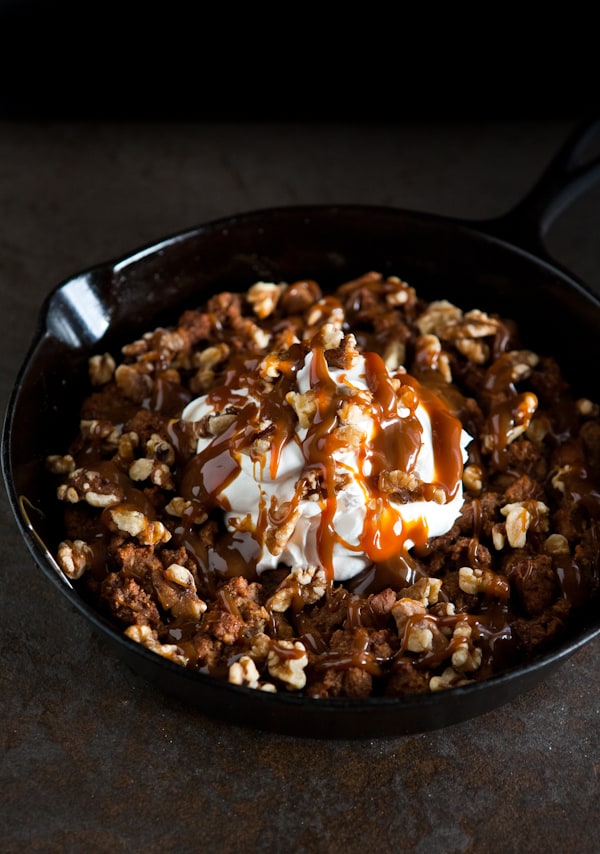 Since there’s only one day left of school, I decided to make something warm and comforting yesterday afternoon. So I took all the stale bread, chopped it up and made this apple butter filled bread pudding.

If you like apple butter on toast, you’ll go crazy for this bread pudding. It’s so decadent. I garnished it with lots of whipped cream, walnuts and caramel sauce. I made it in a skillet, so that it can easily be made on the grill too, but you can also make it in a casserole dish in the oven.

Check out these other posts also made with Musselman’s apple butter:

Bake for 30 - 40 minutes, or until bread pudding is set. Garnish with whipped cream or ice cream, walnuts and caramel sauce.

This post sponsored by Musselman’s apple butter. All opinions 100% mine.