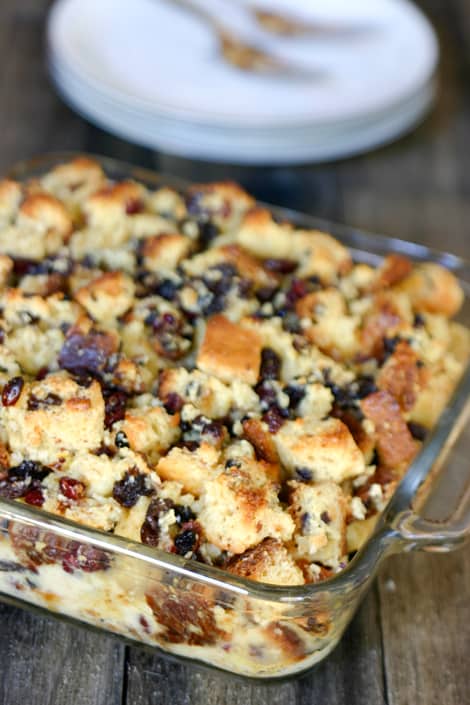 My panettone that I made earlier this week finally got too dry, so I took the rest, half of the loaf, and made this bread pudding. I used store bought eggnog and a little more raisins, cranberries and currants. It was so good, and almost better than the fresh panettone itself.

On Saturday, we also finished up all of our Christmas shopping in a matter of about 3 hours. My husband and I split up, he took our son and went out shopping for me, and I went off to the toy store. I got all the toys on his list, plus a couple of other things and then swung by Sam’s for some socks. (I still need to get him some underwear too.)  Christmas wouldn’t be any fun without seeing a little one open socks and underwear, would it? I also swung by the dollar store for some stocking stuffers to finish up. Later, we all met up for lunch at the Elephant Bar, one of my favorite chain restaurants. Their cuisine is described as “global fusion.”

Now all I have to do is wrap all these presents that I have hidden. Last year, I tried wrapping a few and putting them under the tree, but he likes to peak at them early, so this year, I am just going to wait to take out all the gifts on Christmas eve.

Be sure to share on Instagram with the hashtag #EclecticRecipes and tag me, @EclecticRecipes!
Posted by Angela McGowan   on   December 13, 2010