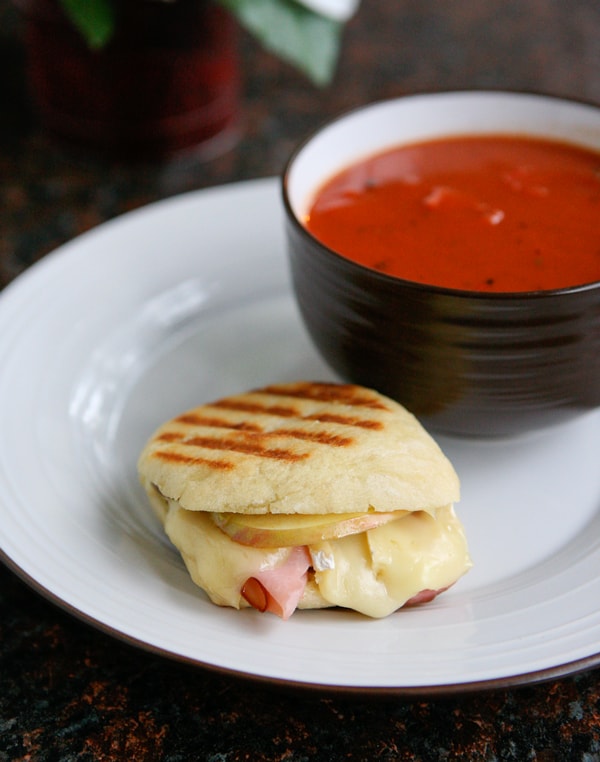 Late in September I start wishing for Fall to come, even though our cooler weather here in Florida won’t come for a while. I turn up my A/C and pretend. Then I make some hot tea and a big pot of soup. The other day I made one of my favorite easy soups, this fire roasted tomato bisque, which I shared on Babble last year.

For the sandwich, I made a brie, apple and ham sandwich with some delicious and creamy brie from Ile De France. The good people at Ile de France Cheese were nice enough to send me a big package of their cheeses. They wanted me to compare their cheese to other popular brands.

We’ve been enjoying snacking on brie and different crackers for the past few weeks. The brie is creamy and not strong. The goat cheese has a nice texture and is mild. They are perfect cheeses for people who aren’t crazy about full bodied raw cheeses.

I have had many other cheeses before, and as far as cheese that is not raw and made with pasteurized milk you can’t beat Ile de France Cheese. However, it doesn’t hold a candle to any raw cheese made with natural unpasteurized milk. But I am a fan of all types of stinky cheeses, the stinkier and stronger, the better.

Ille de France would like to offer 5 lucky readers this cheese package below so they can take the Ile de France cheese challenge too. 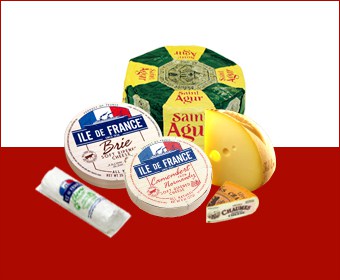 To enter, simply leave a comment below stating what your favorite cheese is.

1. Slice Focaccia in half and assemble sandwich. Brush outside of bread with olive oil.

2. Grill in panini press until golden and cheese is melted.

Be sure to share on Instagram with the hashtag #EclecticRecipes and tag me, @EclecticRecipes!
Posted by Angela McGowan   on   October 1, 2011