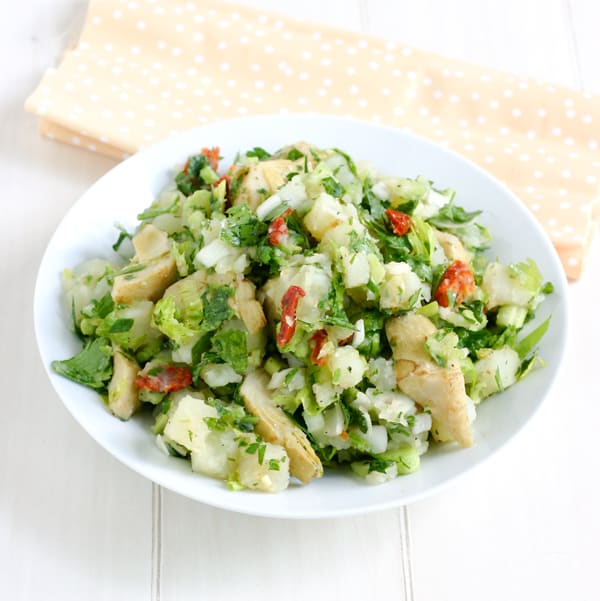 This is my light, mayonnaise free potato salad I made on Easter. I added artichoke hearts, fresh parsley and onions and celery leaves and some of the crispy stalks. I finished it with a few sun-dried tomatoes, olive oil and vinegar. It was very tasty and would be the perfect potato salad for any barbecue this summer.

This recipe was created for  Babble’s Family Kitchen.

1. Add chopped potatoes to a saucepan and cover with water. Bring to a boil and cook over medium heat until tender. After cooked, drain and let cool.

The Flowers of Airlie Gardens