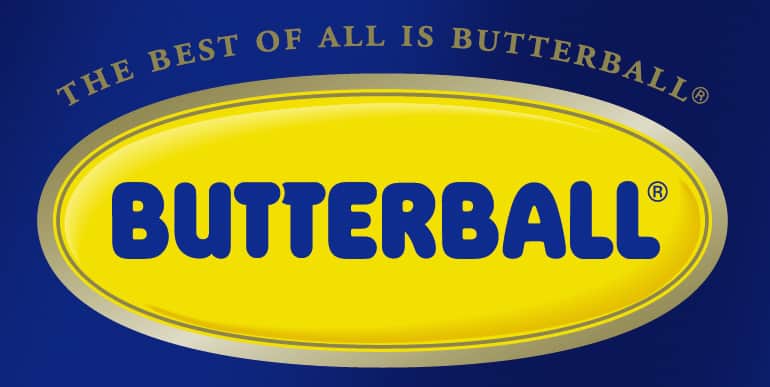 For last year’s Butterball giveaway I shared with you my fond Thanksgiving day memories, and asked you to do the same. This year, I want to talk about the funnier and sillier moments in out Thanksgiving memories.

For me, Thanksgivings were always very happy, yet pretty serious too. Traditions were followed, arguments were heated over silly things, like stuffing (more to come on that topic), and the football game was loud, very loud. Things changed when I met my husband though. My parents were much older than his, and very traditional. His parents were much younger, and complete opposites from mine.

The first Thanksgiving I spent with his family wasn’t that different from the ones I had spent with my family, except for the fact his father didn’t eat meat. His slightly demented Sicilian grandmother said some odd things at the table, but because of her age, and because she’s Italian, it was just endearing. The dinner was cooked perfectly by my mother-in-law, and his sweet little sister was too adorable for words. The familiar roar from the football game blaring on the television made me feel right at home.

Things really changed though for the first Thanksgiving that I spent with his family after his parents had divorced. It was a Thanksgiving I will never forget. My mother-in-law’s new husband had the best intentions for the holiday. He wanted to impress his new wife, and since he had no kids of his own, he was doing everything to win us kids over. He took it upon himself to make the whole Thanksgiving day meal. He made the turkey, gravy, mashed potatoes, dressing, hash brown casserole and green bean casserole. He even made the rolls and a pie. Although his intentions were good, the turkey was extra dry, the gravy was lumpy, the potatoes were extra runny, the dressing was burnt on the bottom, the casseroles were tasteless, and the rolls were over-done and very dry. The pie was terrible, and if it hadn’t been for the ice cream that was bought to go along with the pie, none of us would even have enjoyed dessert.

As we sat down to the most terrible dinner, made by such a loving man wanting to impress us so much, we were faced with a dilemma. How do we get rid of this food, without hurting his feelings, and not have to eat that much of it. Then without a spoken word, it all became very clear to us silly girls. We all looked at each other, and without speaking started something completely crazy, a food fight. We were careful to only dirty ourselves and not spill anything on the furniture or floor as we ran out of the house screaming with the food. My mother-in law’s new husband was completely surprised and in shock. He didn’t have a clue what was going on around him. As he watched us kids run in the yard, chasing each other with Thanksgiving dishes, he couldn’t believe his eyes. My mother-in-law explained that we did this every year, and it was a tradition that we wanted to surprise him with. Of course, we had never done anything so silly, but we were merely smart enough to turn a disaster of a dinner into something fun. She ran out after us in the yard and took part in the fun too.

I would love to hear about your silly Thanksgiving moments. Have you ever turned a Thanksgiving disaster into something fun? Or have you or a family member had a Thanksgiving blooper? Butterball has been gracious enough to offer 2 of our readers a free turkey gift certificates again this year. The certificates are valued at $15. For a chance to win one of the certificates, please leave a comment in the comment sections below sharing your favorite Thanksgiving fun and silly memory.

Remember that the Butterball Turkey Talk-Line lady is also available to answer your Thanksgiving meal questions, share ways to save or to gobble up any turkey-day cooking myths. Their number is 1-800-BUTTERBALL.

Thanks for entering and good luck!