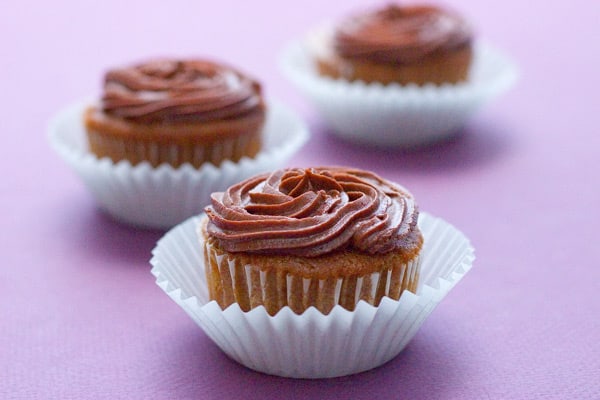 This is a great old fashioned sour cream chocolate cake. I paired it with a simple chocolate buttercream frosting. I found this recipe on the back of the Swan’s Down flour box. I tried this cake once before, and under baked it. This time though, I baked it to perfection, and it is one of the best cakes I’ve had. The sweetness from the brown sugar and the melted chocolate is such a great contrast to the sour cream in the cake. I used Giradelli chocolate for the cake so it made it extra special. This is another cupcake I made for our charity bakesale. I made one other cupcake, Alton Brown’s chiffon cupcakes, but we didn’t quite care for them. They are less like moist cake (what we like in a cupcake) and more like a sponge cake. And yes this is the last cupcake recipe for quite a while! Believe me, we are all over the cupcakes at our house too.

This past weekend was very busy for us. I met one of the members of the Bahia Shriner’s at one of our local playgrounds. He was kind enough to supply us with tickets to the Bahia Shrine Circus at our local university, UCF. Our son got his first pony ride! He was so happy, that he had a fit and didn’t want to get off. 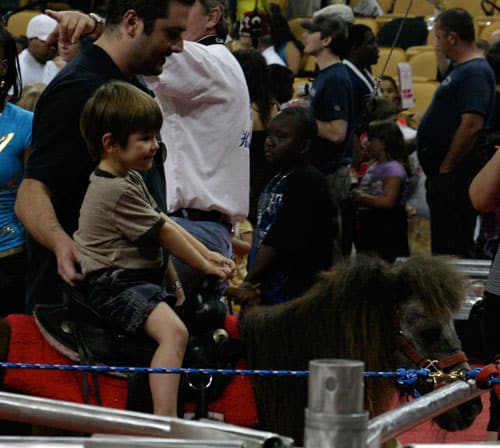 This was actually my first circus, and my husband’s second. We had as much fun as our son did. The only other time I had been exposed to a circus was watching the old traveling circus come through our town when I was a little girl. They were coming by the main road near our house, and a neighbor called us to ride down the road and watch them pass. They traveled by horse and buggy and foot. It was amazing to see. I never saw them perform, just watched them as they passed. It was like glimpsing into the past. The big elephants just walking down the road, the big cats in their cages, growling and angry. The brightly colored carriages. It was just amazing, I believe that was the last year they traveled, because we never saw them again. If anyone remembers that traveling old circus, I would love to here more information.

At the Shriner’s circus, we enjoyed the most expensive soda and kettle corn as we watched the flying acrobats and amazing animals preform. There were actually only a few animals, the elephant, a very sedated giant snake, the ponies and some silly circus dogs. Julien fell asleep at the beginning of the second to last act, the beautiful old elephant. 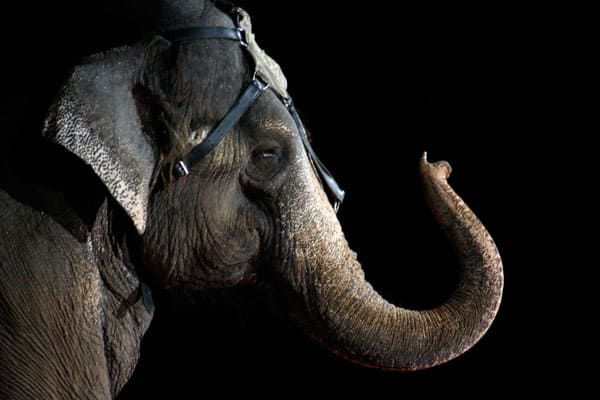 Isn’t she pretty? Don’t ask me how I got that shot, it was pure luck. I was using my telephoto lens and very high ISO. They also had elephant rides, but Julien just wanted the ponies. Maybe next year he can ride her around the ring.

Bake for 25-30 minutes, or until cupcakes pass the toothpick test.

For the Frosting:
Combine shortening, butter and sugar in your stand mixer. Cream until light and fluffy.

Add vanilla and milk or cream. Whip until light and fluffy.

Be sure to share on Instagram with the hashtag #EclecticRecipes and tag me, @EclecticRecipes!
Posted by Angela McGowan   on   April 27, 2010