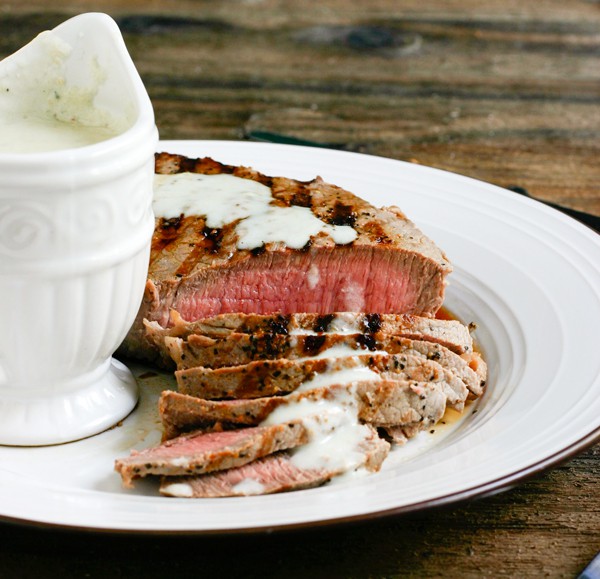 We only have steak once in a while, so when we do, I want to make it special. That’s why I came up with this delicious and flavorful sauce to go up on top of a London broil. A London broil is a name your grocer will put on several different cuts of meat. I choose a top round for this recipe that was marked as a London broil. It was brought to my attention that not everyone is really knowledgeable about all the different cuts, where they come from on a cow, and how to choose them, so I promise I’ll be sharing all my tips (being the granddaughter of a butcher) in an upcoming post.

This recipe was developed for Babble’s Family Kitchen.

1 “London Broil,” top round, or Flank Steak
salt and pepper or grill seasoning

1. Salt and pepper steak. Preheat grill or skillet. Cook only to medium rare or medium. The more rare it is, the more tender it will be

2. While steak is resting, melt butter in skillet. Whisk in flour. Add salt and freshly cracked black pepper. Cook while whisking well over medium heat for 2 – 3 minutes. Whisk in milk and bring to a boil. Reduce to a simmer and add cheese. Remove from heat add whisk until cheese starts to melt.