Our Playful & Energetic Coco and His Favorite Treats!

This post is sponsored by The J.M. Smucker Company. All opinions are my own. 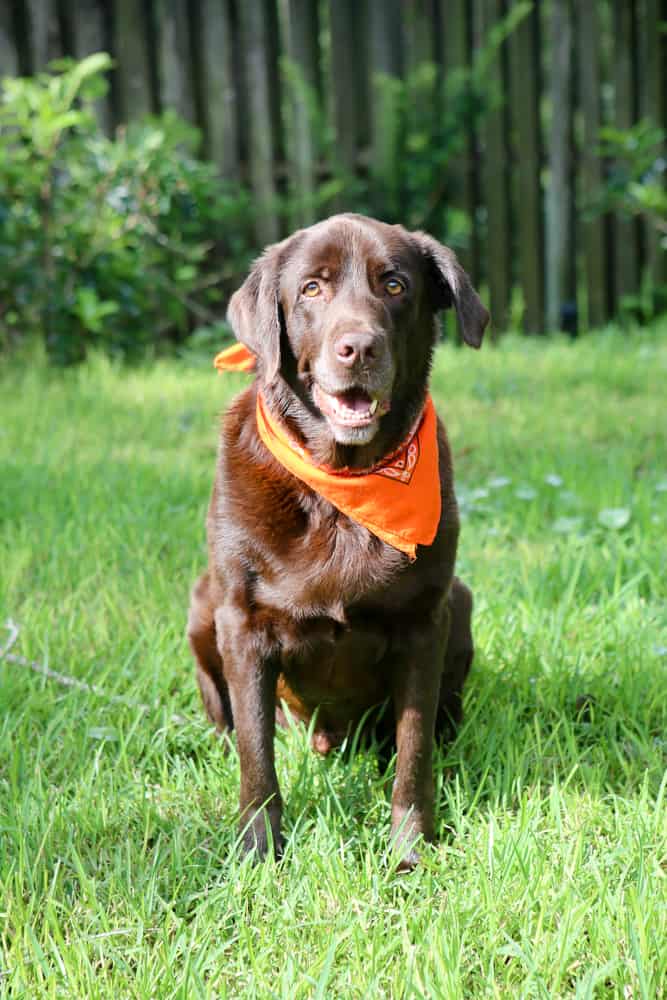 We’ve had so much fun endlessly playing with our Coco this summer. He also loves going camping with us. He loves nothing more than to go on long walks through the woods and explore all the sights and smells.

When at home, Coco is either in the pool fetching his favorite ball or in the backyard with his favorite toy duck. He’s a retriever and he loves to retrieve. He’s such a great dog to have for the kids too, because they also love to play fetch with him! 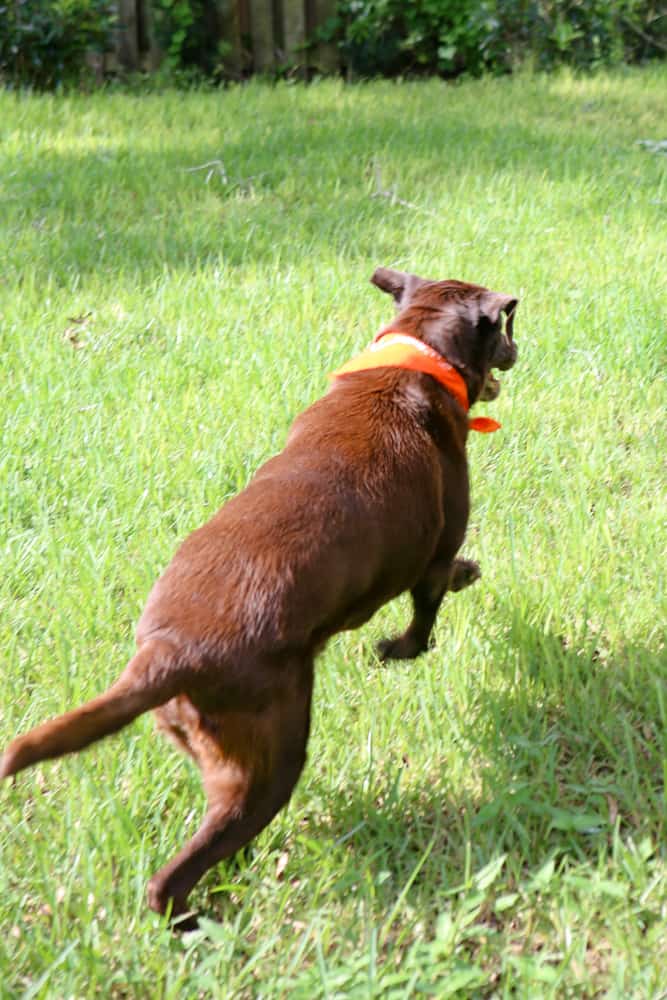 We’re in the pool or backyard every afternoon. He loves to play in the pool to cool off. Even if we’re not throwing a ball, he’ll make his way down the steps to have a swim with us. He even likes to have my young daughter ride on his back like a turtle as he swims. He’s a sweetheart!

He could play fetch the ball, duck, or even stick, for hours and hours on end. When he’s playing something he truly loves he just seems to have endless energy. He makes sure to never show he’s tired, until we get tired of playing with him.

He’ll jump like a puppy to get his toys too. He’s so energetic; many people mistake him for a puppy until they see the grey on his muzzle. Fortunately age is just a number to him.

Even though he’s getting up in years, he still acts like he’s just a year or two old! Good diet, lots of exercise, good genes, and a little luck have helped him avoid old doggy issues and arthritis that slows down most Labradors his age. 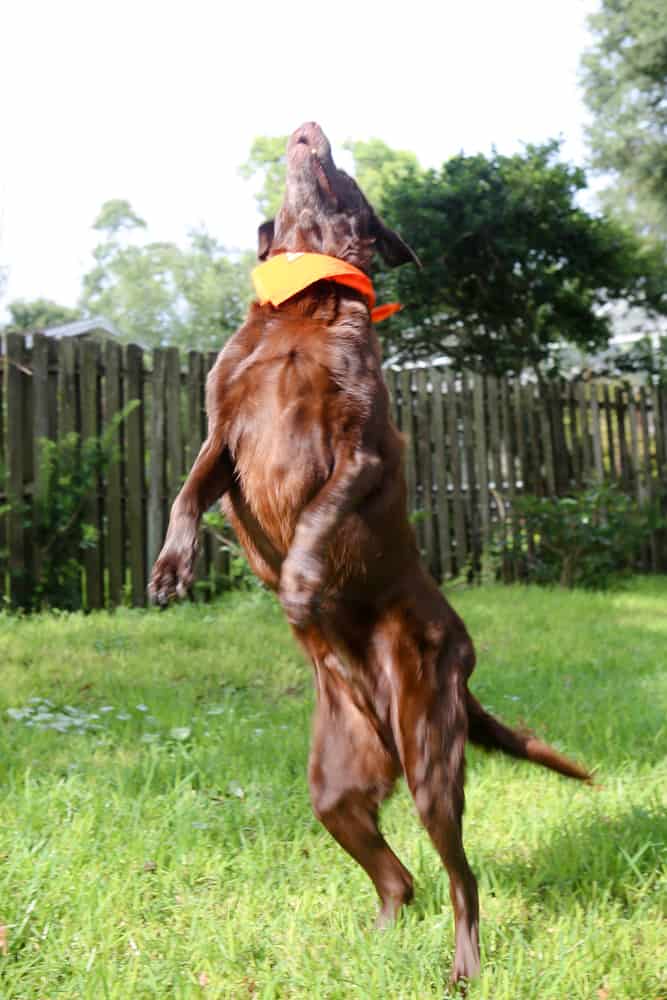 We’ve been playing a lot of fetch lately in the backyard with his duck toy. It’s a great game to play as the temperatures start to cool down a bit. The kids play in their playhouse while I throw Coco his beloved squeaky duck. And being a chocolate Lab, he’s naturally drawn to chasing down a duck, even when it’s just a toy!

But when we all get tired and it’s time for the kids to have a snack, I can’t leave out our Coco. His favorite treats are the NEW Pup-Peroni® Jerky Bites from Walmart. He just goes crazy for them when he sees the bag. They are the perfect treat to give him energy while we’re playing, so he can keep playing all afternoon! 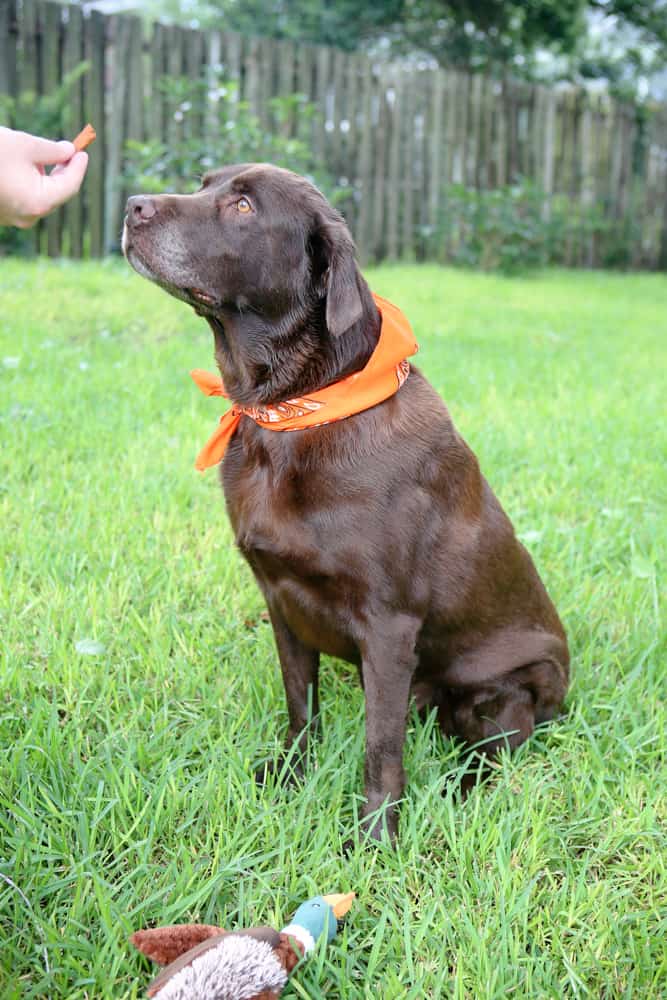 There’s Coco trying to be all patient while Daddy tells him to wait and be gentle. I can tell it’s hard for him, but he loves these treats so much, he’ll do anything for them!

These delectable snacks are soft and yummy for our spoiled Coco. Smaller and older dogs love them too because they can easily be eaten and broken into smaller pieces, so delicious! I love to give these to Coco after playtime or walks as a special treat. 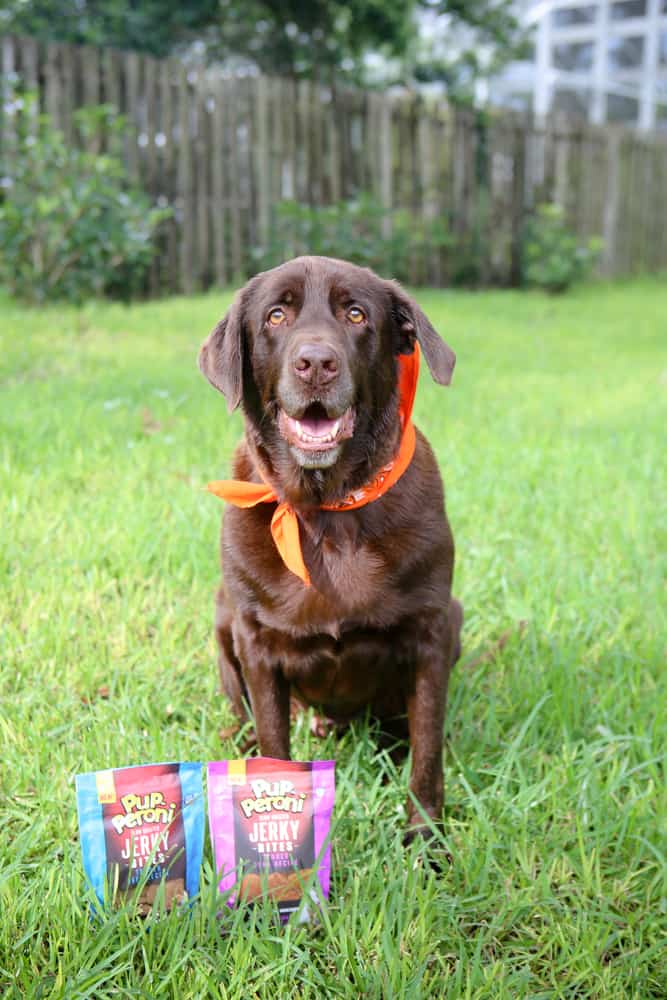 You can find Pup-Peroni Jerky Bites at Walmart in the Dog Snacks aisle.

He loves his Pup-Peroni® Jerky Bites!