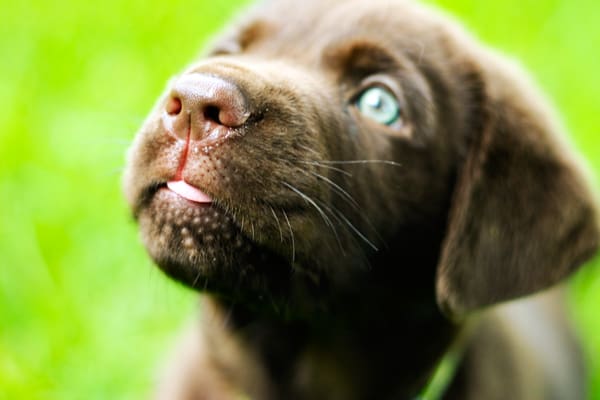 Here is my surprise Mother’s Day present. We picked little Coco up Friday afternoon. He’s a mess. He’s a chocolate Labrador Retriever. We had decided on a chocolate lab for our son last week. 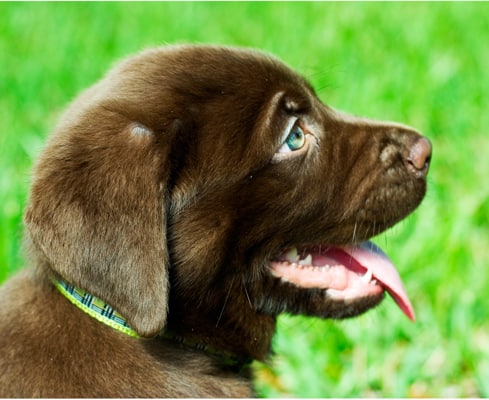 We stopped by a puppy store with no intentions of purchasing a puppy, but just to see our son’s reaction to a lab puppy. We had plans to go to the Central Florida Fairgrounds to get a chocolate lab from a breeder the next day. At the puppy store they had one female chocolate lab.  Our heart broke for her, and we decided to buy her. They assured us she was from a breeder, gave us the breeder’s name and address, proof of shots, and all the other bells and whistles.

That was Sunday. She slept through the night, which I thought was a little odd. Monday she seemed fine too. Tuesday morning she coughed and I knew she had kennel cough. I took her to the free exam which was included by the puppy store. They gave her antibiotics, and she started throwing up and had diarehea later that day. They had given her double the dosage recommended. I halved the amount, and was in constant contact with the vet office. They never admitted fault for overdosing, but said it wouldn’t hurt to lower the dosage. They asked me, what have YOU been feeding her, what did she get into, did she eat cat food? She stopped eating Wednesday and I started force feeding her. The next day she was worse, so I took her to the vet again. They gave her diarrhea medicine, which did nothing. By Friday morning she stopped drinking, and the vet stopped returning my calls. It was just then I figured out there was something fishy going on. I immediately took the dog to my vet to see what exactly the problem was. He immediately diagnosed her with Parvo. He gave me a legal letter and I took it with all the other paperwork for the dog back to the puppy store.

At the puppy they insisted there was no way one of their pups could have Parvo. They said it has never happened before, my doctor doesn’t know what he’s doing and blah, blah, blah. However, after only a minor hissy on my part at the puppy store, I was refunded everything including the exam fee from my vet. I did call the first vet back, and informed them of her correct diagnosis. It didn’t take them long to call me back then. I turned my ringer off, because I couldn’t deal with anymore passing the blame from them.

Unfortunately, my son was in the midst of this whole ordeal. I kept telling him that Coco was so sick she had to stay with the nurses at the puppy store to get better and we would go pick her up later. To make things worse, I had to bleach and lysol every surface in our home before we brought another puppy in. I spent 6 hours frantically bleaching and lysoling everything in sight. All my floors, baseboards, doorknobs, light switches, area rugs, the couch, and everything at that puppy’s level or that could have been contaminated by touch. My mind went crazy going through all the places I invisioned the nasty little Parvo virus. I also had to bleach and lysol my car because the puppy had diarrhea before I could get it back to the puppy store. I also bleached the garage floors, the sidewalk, the driveway, the back patio and the lawn. I went through 3 1/2 cans of lysol spray, a gallon of bleach and a bottle of lysol 4 in 1.

Later that day I found a lady with a chocolate lab litter who wanted to sell them fast. She was taking the 5 she had left from the 10 puppy litter to the flea market the next day. So we went ahead and went to her house that night to pick up “healthy Coco.” We told my toddler son the nurse had taken her back to her house so Coco could spend time with her mommy and nurse so she’d feel better. When we got there, the puppies were chasing the mama dog around the yard trying desperately to nurse. The poor mama dog nipped at the puppies. I could tell she was sick of nursing; it had made her so thin after nursing 10 fat puppies for more than 8 weeks, but the puppies were all super healthy. We asked our son to go get Coco, and he just started chasing all the puppies. I think he might think all little brown puppies are named Coco.

It was so hard just returning Coco – hard because my son was there, hard explaining it to my husband. But if you saw the dog, you also would have seen she didn’t have long left for this world. I informed the lady at the pet store the dog needed immediate veterinary hospitalization, because that is what my vet recommended. She said she might be able to take her later that day, but it would probably be the next. I begged the lady to call me and update me on her status, and said if the dog made it through treatment I would re-buy her. But of course, no correspondence has occurred.

(Both photos are of healthy Coco)