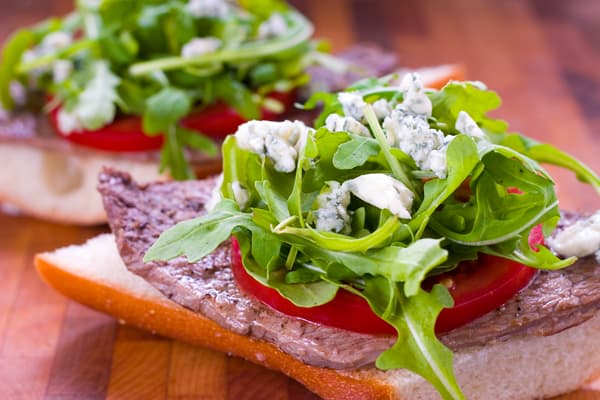 Yes you read it right, Haute Stoner cuisine. It’s the new culinary movement or trend, no one is exactly sure yet. I just read about this in the New York Times and thought it was very interesting. It’s a trend in professional recipe development that creates dishes that stimulate every sense. The Haute Stoner Cuisine is not a term to be taken literally, but a term that describes the vibe of this new trend in the culinary world to create super flavorful, comforting dishes with quality ingredients that aren’t too far away from the ordinary everyday dishes we all enjoy.

In a recent article by the New York Times entitled, Marijuana Fuels a New Kitchen Culture, Anthony Bourdain states, “Everybody (chefs) smokes dope after work…. …..people you would never imagine.” Although we know not everyone lives their life in a haze, there have been recent chefs who admit openly to smoking marijuana. Just like cocaine fueled frenzied kitchens in the 80’s, marijuana is influencing dishes that are laid back, full flavored and comforting.

So are these chefs crazy druggies? Well, yes and no. I am sure some are, but most chefs who admittedly smoke marijuana are as fussy about the type of pot they smoke as they are picky about the olive oil they use, the coffee that starts their mornings, the red wine the drink, and the cheeses they enjoy.

These small band of stoner chefs say that the high calorie comfort foods and even the simplistic blissful mood of their dining rooms is influenced by the illegal drug. Mr. Bourdain states, “There has been an entire strata of restaurants created by chefs to feed other chefs… ….These are restaurants created specially for the tastes of the slightly stoned, slightly drunk chef after work.” Roy Choi, owner of the fleet of Kogi Korean taco trucks in Los Angeles and the new restaurant, Chego!, says “people get high and share delicious, inventive and accessible food.” He admits to using  marijuana to keep his creativity going and to squeeze in quick breaks in his 17-hour workdays.

The cereal milk soft-serve ice cream at Momofuku Milk Bar in Manhattan seems to be the perfect example of a dish created by a stoner. However, the pastry chef that invented it, Christina Tosi, states marijuana in no way influenced her dish. She says it was just an invention that came out of a different recipe’s failure.

So what defines Haute Stoner Cuisine? It’s a dish that can even appeal to a person in the altered sense that marijuana gives a person. The dish will be beautiful, smell wonderful, have textures and bold flavor; it’s the ultimate sensory experience with the best possible ingredients.

Of course you don’t have to be a stoner to enjoy and create this wonderful type of food. Foods like this appeal to the reptilian part of our brain. The foods that are being developed as part of this movement are being created by professional chefs and recipe developers. The dishes are well executed and meant to be something both counter-cultural and sophisticated. The restaurant, Animal in Los Angeles, owned by chef Vinny Dotolo and Jon Shook make a perfect example of the type of food we are talking about, Cheddar cheese and French fries covered in oxtail gravy. Yummy!

So here is my interpretation of Haute Stoner Cuisine. Its easy to prepare, full of flavor, and has quality ingredients. I just took a simple steak sandwich and replaced the ordinary lettuce with some tasty arugula and flavorful gorgonzola cheese. For even more flavor, grate a few cloves of garlic in olive oil and drizzle the garlicky oil on top of the sandwich, perfect! (Note: there were no mind altering influences used in the creation of this dish, haha.)

1. Preheat skillet. Salt and pepper steaks. Drizzle pan with olive oil. Cook steak over medium heat for 1 - 2 minutes on each side.

2. Grate garlic into olive oil and stir to combine.

Be sure to share on Instagram with the hashtag #EclecticRecipes and tag me, @EclecticRecipes!
Posted by Angela McGowan   on   May 21, 2010